//
you're reading...
Fiction, News Worthy, Non-Fiction, Why Not?

I suppose I’ve become a little jaded about Valentine’s Day, thinking of it as primarily a secular, consumer-driven and money-making opportunity for retailers. 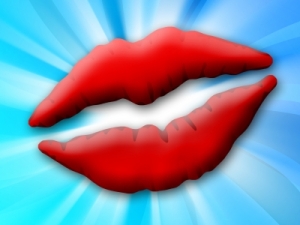 Not that that’s a bad thing, especially in today’s economy.  But, I seriously thought it was more of a money thing, not a romance thing.  According to the History.Com, I couldn’t be more wrong.  There’s a mysterious history to this day, which according to the article I read, “is the second-largest card-sending holiday of the year,” (Christmas being the top holiday).

Saint Valentine could be one of three different Catholic saints.  Legend has one being a third-century Roman priest that couldn’t marry (as well as other young soldiers) because the emperor in charge thought guys in battle could concentrate more if their minds weren’t on love.  The emperor outlawed marriage, but Saint Valentine kept performing marriages in secret.  When the emperor found out, the saint was put to death.

Other legends have the saint tied up in religious wars, helping prisoners escape while another has St. Valentine imprisoned himself and sending the first valentine to what may have been his jailor’s daughter.  Things didn’t turn out well for him there either — he was executed but not before he sent her a letter, proclaiming his eternal love, signed “From Your Valentine.”

This could be what started it all.  Still, other religious accounts allude to it as the day which pagan fertility rituals were stopped — in the middle of February.  But, the romanticism of Valentine’s Day goes back to the Middle Ages and concerns star-crossed lovers, birds’ mating seasons and other stories that involve romance and mayhem!

Whatever the case may be, it is a day in which most of us set aside some time to tell our significant other that we think he/she is special.  Roses, chocolates, sexy accouterments, poetic cards and candle-lit dinners rate as the top choices and let’s face it, are pretty grand when it comes to pledging eternal devotion.

So, in honor of Valentine’s Day, here’s one of my favorite romantic poems from my volume of A Treasury of the World’s Best Loved Poems from Elizabeth Barrett Brownings’ Sonnets of the Portuguese:

How do I love thee? Let me count the ways.

I love thee to the depth and breadth and height

My soul can reach, when feeling out of sight

For the ends of being and ideal grace.

I love thee to the level of every day’s

Most quiet need, by sun and candle-light.

I love thee freely, as men strive for right.

I love thee purely, as they turn from praise.

I love thee with the passion put to use

In my old griefs, and with my childhood’s faith.

I love thee with a love I seemed to lose

With my lost saints. I love thee with the breath,

Smiles, tears, of all my life; and, if God choose,

I shall but love thee better after death.

What’s your favorite poem, author, movie about love?  Share them by leaving a comment below and Happy Valentine’s Day. 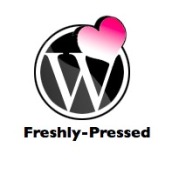