//
you're reading...
Literary Ramblings and Thoughts, News Worthy, Other Musings, Why Not?, Writing & Writers 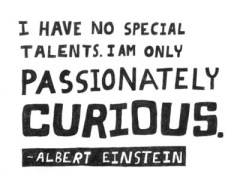 It’s Friday and I’ve been putting this off for too long.  I’ve tried to write some inspiring posts, some have inspired, some not.  Tried to write some funny, some were, some not so much.  But seriously, they were deep and funny as I wrote them and inside my Brigitte brain they actually felt that way.  They did.

Is the above paragraph inspiring or am I over-doing it?  I don’t care.

Anyway, some people have bestowed some awards on me and here they are:

Floating with the Breeze gave me the Fabulous Blog Ribbon Award — thank you Teresa.  (Go visit her, she a very nice person and recently moved to another country.)

Jensinewall gave me the Very Inspiring Blogger Award, thank you J.  She has pretty pics and some good food for thought, plus she’s a writer and designer.

She Can’t Be Serious gave me Creative Blogger Award.  Thanks, Szabo.  Full-time working mom of two teenagers so you know she’s tough.  And nice and funny.  It’s bothering me that it’s misspelled, so I may have to change that.

There’s rules and stuff you’re supposed to do.  But I think you know more than enough about me so I’m not going to list ten things or anything like that.  But I am listing all my loyal peeps who nearly ALWAYS stop by to comment or at least like my posts — even when they’re kind of sucky.

I do have a challenge though and it’s simple:  Ask me something, if you want, in the comments section and I may answer you.  I may not.  See, not so hard.  The blogs listed below are in no particular order and I’m giving these awards to you.  You don’t have to do anything unless you want to.  This is just me saying thank you and I think you’re great. (See paragraph two above).

But leave me a comment at least or I’m going to get my feelings hurt — you know how sensitive I am.  See, if I can’t garner any attention from my brilliant prose, I try the guilt thing.

Press here first:  (it’s not a song and it’s not long)

Unfettered B.S. Audra is a master haiku-er, poet laureate and funny.  She can belt out funny, ticked off, melancholy, joy, love, and naughty at the drop of a hat.  I picture her as a female Bob Dylan. But with a nicer voice, prettier and younger.  She’s wicked talented.

A Gripping Life.  Lisa is a therapist and she always knows what to say, says it with beautiful insight and she’s funny.  She’s probably keeping notes on all of us.  I wonder if she thinks I’m too sensitive.  Or if she thinks I whine too much.  Do I?  What does that say about me?  Should I stop or just go with it until I work it out?

Madame Weebles at Fear No Weebles.  She’s got a rack, she’s all-knowing, wise and hilarious as she gazes down at the rest of us that don’t have gi-normous racks and long, curly dark hair.  I suspect she dresses in peignoir sets and stiletto, feathered mules.  Grrr.

Honie at Honie Briggs.  She deserves lots of followers.  Read this post.  It’s funny.  Plus she’s a southerner married to a yankee.  Like me.  Is it PC to say southerner and yankee?

Lou Ann at On the Homefront.  From Canada but I don’t hold that against her. (wink, smile)  She’s nice and she mentioned she’d like to try stand-up.  She should.  She’s funny and loves the color red.

Le Clown.  Canadian.  Imagines himself a clown.  He’s hysterical and strange. Did I say hysterical?  But, some of his humor is not for the squeamish.  As long as you show no fear, you’ll be fine at his place.  :D.  Here’s a smiley face just for you, LC.  He has a beautiful family.  They seem more normal than him.  He plays with a sock monkey.

Sandee at 1800ukillme.  Saucy, tough and funny and a PUBLISHED writer.  And she has a spectacular smile.  And loves cake.  (Sandee, I’m going to send you a pic of a cake so you can put mine below the Weeb’s cake).

Margarita at Serenity in the City.  Takes awesome pics of Manhattan and is a kind, intuitive, sweet and funny soul.  She liked my cackbadger post and was one of the first to use it on another blogger’s post.  Thank you, M.  See, I inspired her.

Lisa at Carr Party of Five.  She’s a maniac, maniac (in a good way).  Sometimes the girl post three times a day and I don’t know how she does it.  But she’s so nice (and funny) and makes you feel so freaking good about yourself when she comments or responds to yours.

Carrie Rubin at The Write Transition.  I’m very jealous of her because her book has just been published, but she’s sharing with the rest of us “novelists” on how she did it.  She’s a funny smartass too and I love that.

Smak at Promethean Times.  Another smartass and funny.  He uses words like tertiary, paradox, evocative and he’s very deep.  He’s very funny and he likes to stir things up.  I don’t always get his humor and I think that’s intentional.  Or maybe he’s smarter than me.  Probably B.  There should be a rating on this blog.  And he thinks he’s all that because he lives in a place that has been deemed the Happiest Place in America! La-dee-da.

Maggie at Someone Fat Happened.  She’s been traveling so she hasn’t been posting as much as she usually does and I miss it because she’s funny too.  And wonderful.  And complains about her rack.  Seriously, Maggie?

Kathy V. at Don’t Forget the Baby.  She can belt out one-liners that make you laugh out loud.  She talks about her rack and showed cleavage on her blog.  She’s a nonconformist and she calls her baby Sausage, who is precious btw.

Fish at Sincerely Slapdash.  She’s a mom and funny.  She has a teen who is way cool and buys ALBUMS and likes obscure rock songs.  And she awarded me with a Freshly-Slapped award that Maggie O’C designed.  Geniuses, both of them.

Diana at Talk to Diana.  Every Friday she shares a blog and closes her comments so people will go comment on another’s blog.  That’s nice.  She’s nice.  And humorous and deep.

The Waiting.  A mom and a writer and she’s lived in other countries.  Plus, she’s funny and smart.  She’s starting her first novel.  And like me, she’s lived in Memphis — a special place to both of us.

Reptiles in the Ice Cream.  Go read her please.  She’s really funny.  Check out her cast of characters by clicking on the link.  Her husband brews beer and they made wine which they refer to as “prison wine.”  Funny stuff over there.

People, Places and Bling.  Her name’s Theodora (what a great name) and she writes about french stuff while living in France.  The pics alone are worth a look, trust me.

Vikki at The View Outside.  She’s a writer and she always going to fantastic writerly places to write.  Lives across the pond and is thinking of going to Tuscany to write this year.  Sigh.  (Vikki, I’ve not forgotten about that tag challenge — I’m going to do it once I think up some witty questions and answers.)

Simon at Sweet and Weak, he pops in every once in awhile but I like his posts.  He’s a good guy.  You should visit him.

Mike at Roam About Mike awarded me with some stuff, but he doesn’t stop by as often, but I’m mentioning him because I’m getting some good stuff from him.  He should stop by more often and so should Sweet Mother, but neither are probably reading this so they won’t know that I’m awarding them with these awards.  If they stop by your place would you tell them please?

I think that’s everyone.  If you’re not on the above list, you will be on a future list, I promise.  Most of the peeps above all follow each other, but hopefully, there’s a few there that will be new to you.  I’ve noticed a few new followers — thank you.  I think I may make my own award with very special rules.  Plus I have to update my blogroll!  I’m just moving it to a page all by itself soon.

And that second paragraph I wrote with all the adjectives at the beginning — that’s to EVERYONE that’s kind enough to follow me and read the contents of my head.

Now press below — it’s not a long song, just a 15-second something for all of you divine people.

Writer/Editor/Wanderer
View all posts by Brigitte »
« I Am Woman, Hear Me Roar
Monday Musings and Motivations – Part Twenty – Soul Adjustment »