It Came Upon a Midnight Clear…. 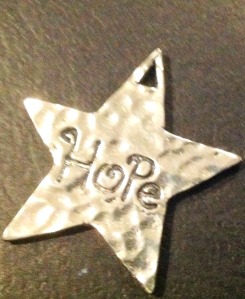 It’s one of those songs that makes your heart ache a little, in a good way, during this time of year.

Epiphanies come when our minds are clear.  For me, they’ve often been before a turning point in my life or during sheer exhaustion—in the middle of a before and after kind of event.

You know those clarity moments—your whole body feels it.  Every time it happens, you wonder why you’ve not “seen” life this way before.  Why you were so upset over this or that.  Those moments aren’t just mental, emotional or spiritual.  A million tingles flood over you, your shoulders relax and you exhale, as if you’ve been carrying this BIG thing and you didn’t know how big it was until you LET. IT. GO.  It’s that whole mind/body/spirit connection that decades from now, physicians and patients will marvel that we didn’t make sure all three were in tune.

The air in and around you feels calm, serene and you think to yourself, God’s here or Everything is Going to Be Okay or whatever that voice within you tells you.  It’s awareness.  Awe.

It’s kind of like magic, childlike.  Like when you believed in Santa or anything and everything is possible.  Before that adult way of thinking clouded up your mind making you believe that there weren’t miracles.  But there are—we just have to open ourselves up to them.  They are happening all the time.

Maybe I’m Reading Way Too Much Into This…

This time, nearly a year ago, after I’d picked up the pieces of Hurricane Sandy in New York, after I’d arrived home from being displaced after that and getting on an airplane that took me to Tennessee to look after my Daddy who later died and I was driving my faded-red Honda to a storage unit to pick up some shit to move because my husband’s job required us to do that, I thought to myself as I was driving in ragged Island Park, Long Island New York, I’M GOING TO LOSE IT.

I cannot handle this, I thought to myself.  My breath became shallow.  My ears filled with white noise.  I felt as if I was looking at myself from below.  I wasn’t in the car.  I was observing myself, this was happening to someone else.  Know what I mean?

I pulled into a strip mall, some of the stores were open, others still not.  Maybe some of them never opened back up.

Weeks before, boats had been strewn across the streets.  The National Guard had been there, with guns and a surreal-like state of things going wrong.   We’d lived in a place where officials had to check your ID in order for you to get on and off the island.  Helicopters spotlighted homes at night to make sure all those darkened homes and the people inside them were okay.

And we were leaving it all—this disarray to go somewhere else.  I thought I’d be relieved, but I wasn’t.  I was panicked because I thought: I cannot handle this.

I sat in my car in front of one those open businesses, Subway.  Panicking, crying, trying to cover up all that as people walked by to go in and get their sandwiches.  I needed something to distract me.  I needed a paper bag to breath into.  I turned on the radio and heard:

She’s got eyes of the bluest skies
As if they thought of rain
I hate to look into those eyes
And see an ounce of pain.

And I just cried, a big huge ugly cry before I went into Subway and ordered sandwiches. I felt as if my Dad was there, telling me it was going to be okay.  He had such blue eyes.  I have blue eyes.

The way he’d told me throughout my life, through all my moves, changes and ups and downs, many of which he’d been witness to, moving my shit here and there.  He’d done that many times for me and he’d always tell me, “Brig, everything is gong to be alright.”  That Guns and Roses song (one he always liked) happened to be on just when I needed something, anything, to make me feel okay.

I ordered the sandwiches for hubby and me and went home and then cried more when I arrived.  Hubby, being who he is, assured me, Yes, that was your Dad, Honey.

Coincidence?  Little miracle?  Who knows.  Whatever it was, it gave me some clarity, some peace amongst all that chaos.

And Then There’s The Holidays

We went home for Thanksgiving.  The day after we arrived hubby and I drove our Mom to my Dad’s headstone.  I wanted to see it.  She tucked poinsettias into the vases on either side of his headstone.

On the way back, my Mom pointed out a massive tree.  She said that on their first date, Daddy asked her if he could stop the car and kiss her, underneath that tree.  She said yes.  Even now that road doesn’t have that much traffic, but I didn’t know, until she pointed it out, that that tree, which I’d probably driven past numerous times growing up in my tiny town, that’s where my parents first kissed, fell in love.

Maybe that tree, if it hadn’t been there on that night, I wouldn’t be.  It’s a massive tree and I bet many people have stopped and kissed there.  And probably more will do that same thing, kiss, fall in love, make babies and life goes on and on and on. That’s kind of a miracle, I think.

Many of us go home for the holidays.  We put our best selves forward.  Much like we do here in the blogging world. Here’s the thing:  We gravitate towards those who we believe get us, understand us, and love us for exactly who we are.

I can write badly or write something of substance and there will always be those people who comment or like what I write.  The older I get and the more I write, the more I realize how I need to choose my words wisely.  As much as I think I’ve been through “rough” times, there is always someone who is going through the same.  Or worse.

And then I think of those words — It came upon a midnight clear – whatever time of year it is—those moments are precious, when your mind is clear.  Whatever you’re going through, especially during the holidays, there is really something else, some greatness, which has your back.

Merry Christmas everyone and here’s to a stunning and bright New Year.  See you in 2014.

ADDENDUM: The picture you see within this blog and the one that introduces it is from a sweet and wonderful human being.  She’s uber talented and compassionate.  Most of you who follow me, follow her.  Thanks A.

ANOTHER ADDENDUM:  Since we weren’t able to be with our extended families during Christmas, hubby and I have been doing massive amounts of reading and going to the movies.

The Middlesteins by Jami Attenberg (fiction about a family, excellent writing, you’ll fly through this one.)

The Wolf of Wall Street by Jordan Belford (nonfiction—it’ll make you realize how great it is to be NORMAL.).

MOVIES:  Anchorman 2:  Just as stupid humor as the first one but sometimes you need to just laugh out loud at nonsense.

American Hustle:  Good, but doesn’t pick up until the last 45 minutes of the movie.  The soundtrack is EXCELLENT.

The Silent Wife by A.S.A Harrison (fiction, the psychological differences between husband and wife…great writing with a kind of “scary” twist.)

And some music that has nothing to do with Christmas, but was in Anchorman 2 and if you listen, you’ll wish you were on some tropical island or somewhere warm.

23 thoughts on “It Came Upon a Midnight Clear….”