Hail to the V

No, I don’t mean that V, but what a genius idea that ad campaign was, huh? A marketing team came up with a catchy tagline, albeit controversial, to describe a product that just gets it all out there, paying homage to that. I’m raising my fist in the air with a small pumping action to signal solidarity with my sisters.

(High Five to you if two of your favorite movies are “Baby Mama” and “Bridesmaids,” and I can’t wait to see Tina Fey and Amy Pohler in the upcoming “Sisters.”) 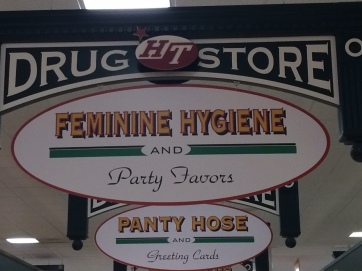 That’s not the V I’m talking about, but since I felt it’d get your attention and it’s been awhile since I’ve posted ANYTHING, I hoped with that aforementioned borrowed tagline, you’d stop in. I’ve been very remiss in stopping by your posts and commenting. I apologize in advance and this post may be met with crickets, but even so, whether someone comments or not, I’m writing this blog-stream-of-consciousness-thing.

What V Am I Talking About?

The V in which I refer to is vernacular. Our languages, our words, the way in which we communicate, commiserate, conjecture, cajole, etc. (Can you think of any other C words?) We don’t do that as often, in the literal sense, and it may be backfiring on us. Studies from a few years ago and now, suggest social media (SM) and technology could be increasing social anxiety.

And I get the irony since that’s exactly what I’m doing here.

We shorten words, abbreviate words, use emojis, and don’t really write them (with a pen or pencil) down anymore. We type, text, say it with a picture. I’m not sure, but I don’t think schools teach penmanship anymore. I know some don’t. I don’t have children but I’m pretty sure I’ve read that somewhere.

More than a few times, someone has misunderstood something I’ve “said” (i.e., texted, emailed) because sarcasm doesn’t always translate; oftentimes, it comes across as mean-spirited. Or, when I’ve simply texted/emailed a brief response, I’ve been mistaken for being short, curt. I’ve misunderstood those same things. You?

I read or heard that if one texts a one-word response, omit the period as to not “sound” curt. Seriously there are more rules to this (SM) than proper sentence structure and being grammatically correct. Shouldn’t someone invent a stylebook for all this? Like the Chicago Manual of Style or the AP Style, though the AP has added 42 New Guidelines for Social Media and New York University has a Social Media Style Guide. I’ve not read either one yet. I’m exhausted just thinking about it.

I’m getting off topic and this is getting to be way too long (in length) according to the blog length standard protocol.

When we’re face to face, we pick up on inflection, body language, and facial expressions. When we write in detail, we (hopefully) get our points across in an understandable way and evoke emotion of some kind.

What’s This All About After All This Time?

I’ll tell you what this is all about. It’s about vernacular. My vernacular could be different than yours. I grew up in a small Southern town and we have our own unique vernacular, as I’m sure you do wherever you’re from. Some families have their own vernacular. Cavemen probably grunted differently, depending on what section of what caves they were hanging out in. 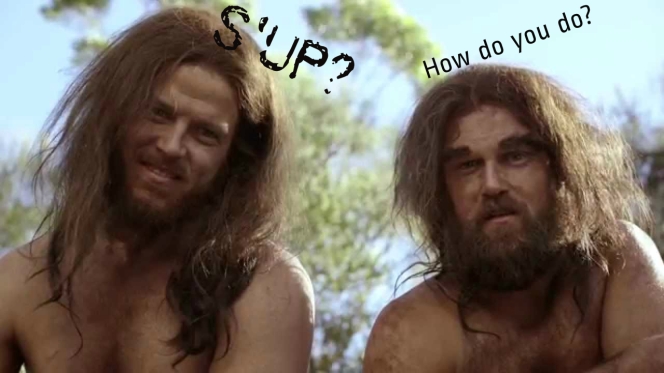 Here’s a few expressions I used or heard growing up:

Fixin’ to – You’ve most likely heard this one. It means one is about to do something as in: I’m fixin’ to go home, just as soon as I finish drinking this mint julep. Well, I’m walking home. Fixin’ to.

Tump – A combination of bumping and tipping something over, sometimes, something valuable. Be careful not to tump that vase of flowers over! That was your Grandmother’s best one.

Bless her (or his) heart – This can be said with genuine affection or the absolute opposite. She always helped her mama and daddy; even when it was obvious she wasn’t their favorite, bless her heart. OR He told her he’d marry her, but he ran around on her all the time, bless his heart. (Usually muttered through clenched teeth or gnashing of teeth or rolling of eyes or any combination thereof.)

I am plum (or plumb) worn out! OR I am plumb (or plum) tuckered out. One is tired, exhausted. Could be from shopping, picking something, or just cause. Can also be used as an excuse (little white lie) if you really don’t want to do something someone asks you to do, thus alleviating his/her of any hurt feelings: I would but I’m just plum tuckered out!

I would share more but since social media standards dictate that 300-600 words is the “standard length, recommended by many “expert” bloggers, but it’s too short to gain much authority for search engine love” I’m right in that sweet spot, just a little past 750 words, “for getting links from other bloggers and shares on social media,” but not quite at 1000-1500 words where I’ll get “fewer comments, but a lot more shares on social media…” but really “it depends on the topic and your audience.”

Good grief. Hail to the V. Both of them.

Here’s a song and please share your unique vernacular (you know the rules) in the comments below and HOW ARE YOU?

References: How Long Should Your Blog Post Be? A Writer’s Guide.

Writer/Editor/Wanderer
View all posts by Brigitte »
« My Good and How My Mind Got Me Here. And There. And…
Then Sometimes, With Great Luck, (We) Will Succeed »