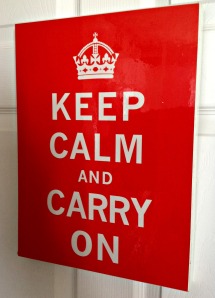 This hangs on my office door. I don’t always do it, but it reminds me to try.

I’ve been feeling low this week.  One moment I’m sad, the next mad and then, at times downright pissed off for no particular reason.  I understand all this is part of loss, of grieving and that these waves of feeling this and that come and go.  My logical brain understands this process but my heart just wants it to go away, stop already.

And before you leave, no worries, I’m not going to go into a long-drawn out deep thing about grief, just suffice it to say, it’s no fun, as some of you I’m sure have experienced and encountered.  Those of you who’ve been kind enough to follow know what I’m referring to.  No pity party here but I did promise that I was going to take an adventure every week and this week, this is as good as it got.

This week that didn’t mean driving to a cute little village and though I did go to my second week of Italian class, most of the week was pretty ordinary.  Breathing in and out, going through the motions.

Then, I got to thinking even those mundane, ordinary days can be an adventure or at the very least a “venture,” a comforting, calm one.

I got up yesterday and felt better and thought, I’m okay with ordinary right now.  Better than those phone calls early in the morning normally signaling some dire news or battening down the hatches for some storm (both literally and metaphorically) that can just stop you in your tracks.

Yesterday was gloomy, cold, rain and some snow spitting around for hours.

Okay, so it didn’t stick. But seriously, enough already with the snow spitting.

I make it a point to go somewhere when this happens, to get out.  Work is slow to the point of none and though I know eventually this will change (it always does) and there’s a reason for this right now, I go to different places to keep my sanity.

This ordinary adventure began at the gym.  Ugh.  This gym is a mixture of gym types (yeah, the kind that flings the F-word, willy nilly, even around pre-teens, that for whatever reason get to work out there) and others who don’t groan and curse and wear jewelry while they work out.   Don’t get me wrong, I fling the same word if I stub my toe or with hubby or friends, just not all the time.  In the gym.  A lot.  That’s another post for another day. 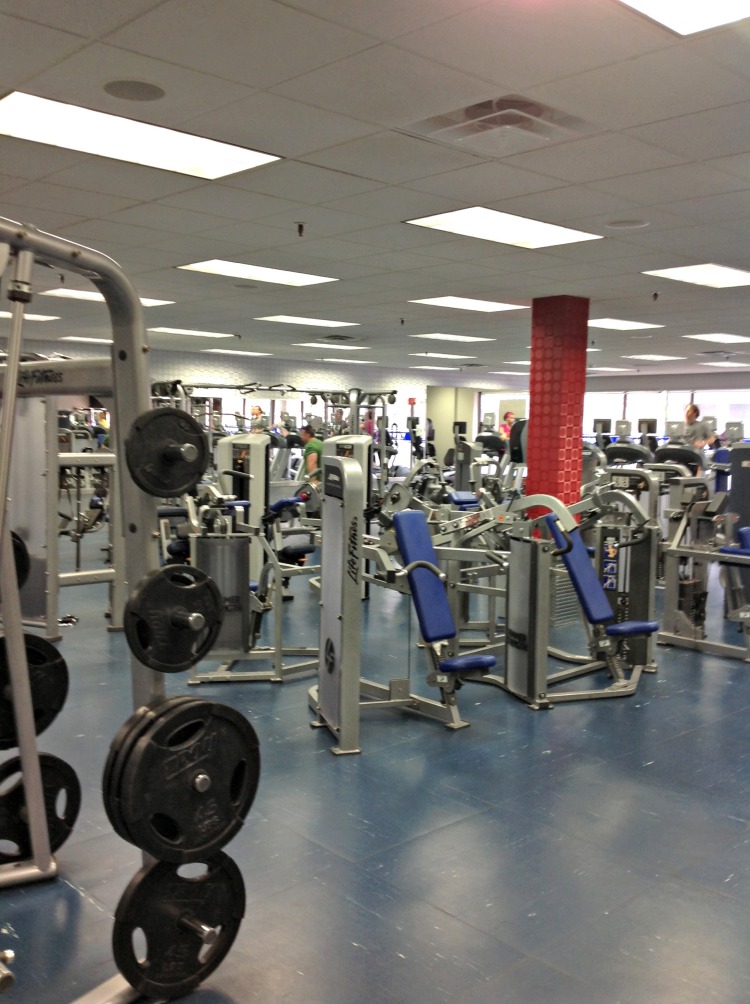 The gym with various machines of torture. That one on the left there injured my knee.

My view of the treadmill. Note the slow pace due to the injured knee thing. This did increase somewhat.

Afterwards, I drove carefully through the wet streets and stopped by that mother of all home goods store.  You know the one.  I’ve found that if I just walk around enough I’ll usually leave empty-handed.  Alleviating the need to get rid of some crap to make room for new crap that I don’t need.  Enjoy the tour below.

A ball of wood sticks crafted to look beachy. This would obviously go somewhere where one wouldn’t knock it over and bump it. Talk about bad feng shui. 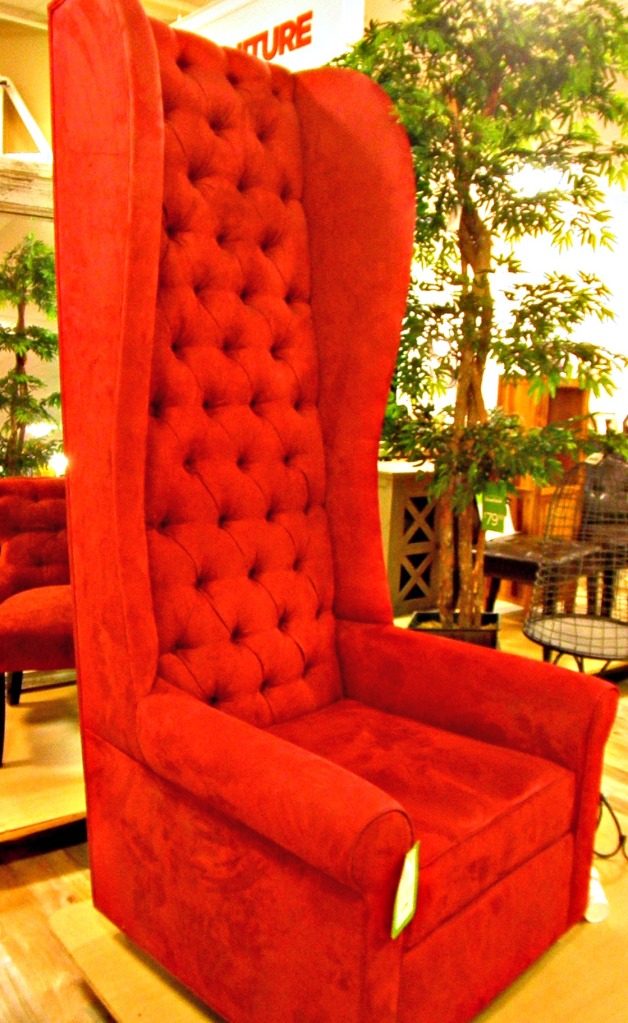 A Dr. Seuss chair that would show up on an episode of Selling New York if it costs a go-zillion dollars for a child’s room.

A sled. In case of more snow.

I made my way back home.  Home where I could start a fire, love on my pups (children), knowing that pretty soon, hubby would be home.  Such a sweet ordinary day.  I called my loved one who wishes for those days again and comforted her as best as I could.  I think when we suffer a loss, the space that person used to occupy, depletes us for awhile.  Their life force energy is gone and since so much of our energy went into loving them, we are tired, weary, angry and confused.

For awhile until all that lessens.  But enough, I said I wasn’t going to get all deep on you.  I’m just saying, your ordinary day — that’s an adventure, a good, sweet adventure.

And because, I’ve been hearing this song on Target commercials and it’s about celebrating the “ordinary” sweet things in life, listen.  Have a beautiful weekend, everyone.

Have you had any adventures this week?  Ordinary or otherwise?  Do you think there is an extraordinary in the ordinary?  Share please.

70 thoughts on “Just An Ordinary Day”